Complaint offers new details on alleged systemic discrimination that intentionally targeted applicants based on race, disability, and Source of Income (use of housing vouchers). 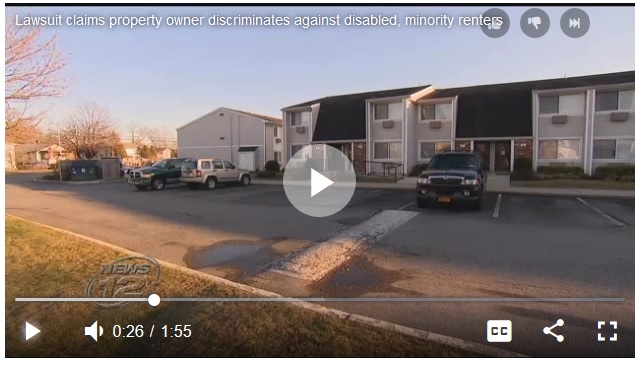 The suit, building on individual claims brought forth in recent months by Long Island Housing Services, Inc. (LIHS) and the Suffolk Independent Living Organization (SILO), alleges that NPS Property Corporation (NPS) engaged in a pattern of intentional discrimination against prospective renters with disabilities, those with public sources of income, as well as African Americans. In particular, the amended complaint alleges the discriminatory practices targeting applicants with disabilities and those with public sources of income were more widespread than previously known, including policies designed to discourage individuals with disabilities and those who use housing subsidies from applying to live at NPS’s properties.

“Ensuring fair access to housing for all starts with holding bad actors like NPS accountable for their discriminatory actions,” said Marian D. Reid, Deputy Director of Long Island Housing Services. “Whether by discouraging those with housing vouchers from applying or claiming to have a ‘quota’ for renters with disabilities or denying housing to African Americans, NPS has demonstrated a long, troubling pattern of targeted discrimination that has painful consequences for victims. We believe the discriminatory practices by NPS extend far beyond the individual plaintiffs named in this case, and we encourage anyone who believes they have been turned away by NPS due to health status or use of housing subsidies to contact us.”

“Long Island Housing Services’ 50 years of experience as a civil rights agency protecting Long Islander’s against segregation prepared us to able to carry out an investigation that spanned several types of discrimination across several properties,” said Ian Wilder, Esq., Executive Director of Long Island Housing Services. “This complaint reinforces the need for civil rights nonprofits to continue to educate about and advocate for Fair Housing, and bring Fair Housing enforcement actions, so that everyone can enjoy the American Dream of living in the place of their choosing free from unlawful discrimination.”

The plaintiffs in the suit are represented by Joseph M. Sellers and Brian Corman of Cohen Milstein Sellers & Toll PLLC.

“NPS’s actions constitute a blatant act of targeted discrimination designed to deny people with disabilities and other vulnerable communities one of their fundamental rights – fair access to housing,” said Brian Corman of Cohen Milstein Sellers & Toll PLLC and a lead counsel for the plaintiffs. “Working together with our plaintiffs, we have uncovered a culture of discrimination and prejudice not simply limited to a few individuals, but rather one that permeates throughout the company. We look forward to securing justice for victims of NPS’s behavior and fighting to ensure that its discriminatory policies come to an end.”

“As a result of NPS’s discrimination, I was forced to move to a new apartment far from where I receive medical treatment, jeopardizing my ability to get transportation,” said Lori Gerardi, a plaintiff in the suit. “No one should be denied a home based on their health status, race or use of public income, and we must hold companies who violate these rights accountable.”

NPS Property Corporation is a New York-based property management company that owns or operates more than half a dozen apartment buildings and residential complexes in Suffolk County, including:

The lawsuit, filed by two Suffolk County residents, as well as LIHS and SILO, alleges that NPS has engaged in a pattern of egregious and intentional discrimination against prospective renters on the basis of disability, source of income and race. According to the complaint, Doreen Kernozek, a Suffolk County resident and a named plaintiff in the suit, inquired in November 2016 about an apartment at the NPS-owned Holiday Square complex. Kernozek suffers from a number of debilitating health issues and participates in the Nursing Home Transition and Diversion (NHTD) Medicaid Waiver, a housing subsidy program. The lawsuit alleges that while initially receptive to Kernozek’s application, NPS staff reversed course upon learning of her health status and access to subsidies, asserting she could not be approved for the apartment. According to the suit, NPS has argued that Kernozek would not meet the unit’s income threshold for renting an apartment at Holiday Square, despite the fact that Kernozek’s income, derived from Social Security, far exceeded the amount she was required to pay towards rent under the NHTD subsidy.

Furthermore, over the course of their conversation, the complaint asserts that NPS staff used derogatory language about individuals with disabilities, telling Kernozek that these residents “bring their own set of problems.”

If you believe you have been turned away from an NPS property because of a disability or use of housing subsidies,
please contact LIHS at 631.567.5111 ext. 312, or email Info@LIFairHousing.org.

The amended complaint similarly outlines the experiences of Lori Gerardi, another named plaintiff who attempted to apply for an apartment at the NPS-owned South Shore Gardens complex. According to the lawsuit, Gerardi, who has been approved for a Mainstream Program housing subsidy in light of her medical conditions, submitted an application noting her participation in the subsidy program. Despite earning an income that was over three times the portion of the rent that the subsidy required her to pay, the complaint alleges NPS staff told Gerardi that the complex “had reached its quota” for individuals using such subsidies.

In both the cases of Ms. Gerardi and Ms. Kernozek, the suit alleges the company’s application stated it could reject any candidate whose weekly income did not equal the monthly rent for an apartment, effectively discouraging anyone using a housing subsidy from applying for an NPS apartment.

According to the lawsuit, these experiences echo findings by LIHS, a fair housing advocacy organization, and SILO, which administers state-approved grants to improve housing access for individuals with disabilities. The complaint alleges these organizations uncovered a wide-reaching pattern of intentional discrimination at NPS-owned properties. The complaint states that on multiple occasions, SILO and LIHS staff were informed by staff at NPS’s Holiday Square complex that it had “reached its quota” for admitting tenants who rely on public assistance related to disabilities.

Furthermore, according to the amended complaint, LIHS’s investigation into NPS’s rental policies found that White applicants at the company’s Northwood Village complex were told about upcoming availabilities and given contact information for the property manager, while Black applicants were routinely informed that no units were available and were directed to a disconnected phone number for further inquiries.
The federal class action lawsuit filed today in the Eastern District of New York alleges that NPS’s actions constitute violations of the federal Fair Housing Act and the New York State Human Rights Law, both of which bar housing discrimination on the basis of disability and race. Furthermore, the suit accuses NPS of violating the Suffolk County Human Rights Law, which forbids discriminatory housing practices on the basis of race, disability or lawful source of income, including income through Social Security and the use of housing subsidy programs.

The suit urges the Court to prohibit NPS from continuing to engage in these discriminatory practices, as well as mandate that NPS make all necessary changes to its policies to conform with federal, state and local housing laws. It also seeks punitive damages and compensatory relief for plaintiffs harmed by NPS’s actions, as well as other relief as deemed proper by the Court.

This announcement comes on April 11th, the 51st anniversary of the enactment of the Fair Housing Act. April is Fair Housing Month, and we encourage you to join us in promoting Fair Housing advocacy and education year-round.

If you believe you have been turned away from an NPS property because of race, a disability, or use of housing subsidies, please contact LIHS at 631.567.5111 ext. 312, or email Info@LIFairHousing.org.

If you believe you have been a victim of housing discrimination anywhere in Nassau or Suffolk County based on race, color, religion, sex, familial status, national origin, disability, marital status, sexual orientation, gender identity, gender expression, creed, age (18 and older), military status, source of income, veteran status, status as a victim of domestic violence, or group identity (including perceived age, and alienage or citizenship status), please contact LIHS at 631.567.5111 ext. 375, or email Info@LIFairHousing.org. 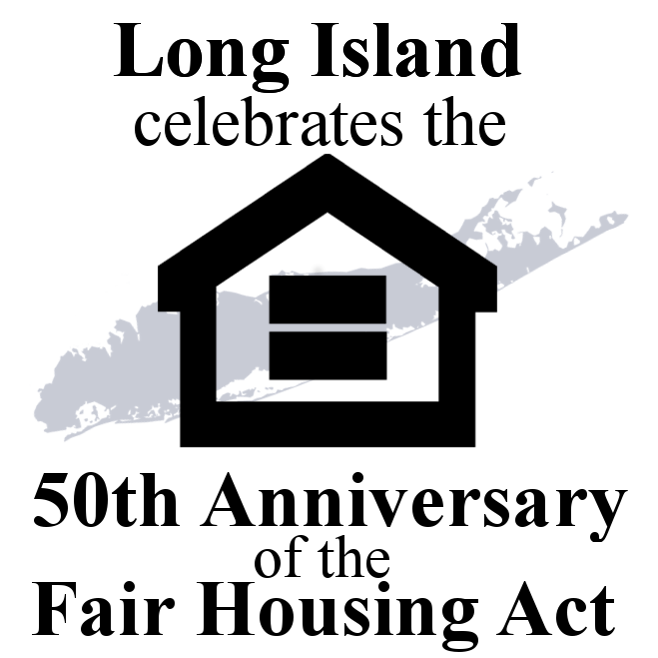 About Long Island Housing Services
Founded in 1969, Long Island Housing Services, Inc. (www.LIFairHousing.org) is a private, nonprofit HUD-qualified Fair Housing Enforcement Organization and a federally certified, approved Housing Counseling agency. LIHS’s mission is the elimination of unlawful housing discrimination and promotion of decent and affordable housing through advocacy and education. The work that provided the basis for this publication was supported by funding under a grant with the U.S. Department of Housing and Urban Development (HUD). The substance and findings of the work are dedicated to the public. The author and publisher are solely responsible for the accuracy of the statements and interpretations contained in this work. Such interpretations do not necessarily reflect the views of the Federal Government. The work is also supported by funding from the Suffolk County Office of Housing and Community Development (“OHCD”), which provides support for LIHS’ housing counseling and fair housing efforts with federal pass-through funds of HUD’s Community Development Block Grant program.