In a #MeToo World, Long Island Housing Services Is Your Ally

This #GivingTuesday, commemorate a victory

Fair Housing laws protect tenants from many forms of discrimination—and this includes sexual harassment. Harassment by a landlord or property manager robs tenants of their ability to feel safe and secure in their own home. That’s why in 2010, a Patchogue family came to us for help…

In 2010, Long Island Housing Services (LIHS) filed a sexual harassment complaint on behalf of a family in Patchogue. Their teenage daughter had discovered a hidden camera in her bedroom that was streaming video to their landlord’s computer.

The landlord had a history of inappropriate remarks and behaviors toward the 15-year-old girl and her mother, but this discovery took the threat to a new level. When the family went to the police for help, the landlord retaliated by attempting to have the family evicted. Ultimately, the family was forced to flee an extremely hostile living environment.

Now, after years of waiting for resolution, the case was decided only last month. The family received $95,000 in damages. Read more. 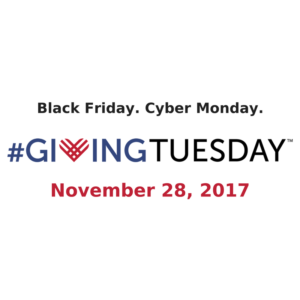 You can empower victims of discrimination and harassment by donating to our #GivingTuesday campaign.

#GivingTuesday is a global day of giving fueled by the power of social media and collaboration. This #GivingTuesday, we ask you to take action. With a donation as small as $10, you can challenge discriminatory housing policies, assist at-risk homeowners to avoid foreclosure, and support tenants seeking to understand their rights. Join the fight for Fair Housing. which includes stopping government abuse of minority tenants in Mastic Beach, and wiping out vestiges of Nazi Era prejudice in Yaphank, and fighting the sexual harassment of minors in Patchogue.

A Victory Against Sexual Harassment

In 2010, Long Island Housing Services, Inc. filed a sexual harassment complaint against a landlord in Patchogue. This landlord had developed a personal relationship with one of his tenant families and exploited this relationship to perpetrate various forms of sexual harassment against the family’s teenage daughter. Ultimately, this landlord created an extremely hostile living space for the family through inappropriate comments, physical contact, and the use of a video camera for peeping, as well as unlawful retaliation. In October 2017, after many years, the daughter, as well as her mother and step-father, received tens of thousands of dollars in damages.

During the time the family lived in their unit, their landlord made multiple off-color remarks and inappropriate gestures toward the 15-year-old daughter. In 2009, while out walking their dog, the family’s two children noticed the door to the landlord’s camper was open, and entered the premises to check on the situation. Upon entry, they discovered a collection of monitors streaming video that appeared to have been captured in their own home.

The daughter went back to her room and discovered a hidden camera there. This led to the discovery of another camera in the bathroom and the distressed family to file a police report. When the landlord discovered that a complaint had been filed against him, he retaliated by attempting to evict the family without cause. Through continued eviction attempts and inappropriate behavior, he created a hostile living environment that forced the family to move.

The landlord did not appear to multiple hearings on the case.  The 15-year-old girl and her family have since spent years dealing with the repercussions of this egregious instance of sexual harassment and discrimination. Finally, in October 2017, the case was decided and, in a rare occurrence, the family was awarded punitive damages. The daughter was awarded $60,000 in compensatory and punitive damages, and her mother and father were awarded $20,000 and $15,000, respectively, and New York State imposed a $75,000 civil penalty against the landlord.

Continue to fight discrimination and harassment in all its forms by joining our #GivingTuesday campaign.

Register in advance for this webinar: https://us02web.zoom.us/webinar/register/WN_2n68vZyrQBizBrXpyUS1JA