Video Podcast: Where We Are Since Newsday’s Long Island Divided Investigation 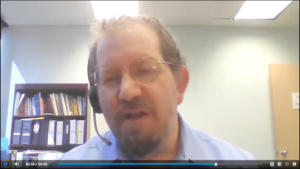 On this week’s episode of the Touro Law Review podcast we are joined by Ian Wilder and Patrick Fife for a discussion on fair housing on Long Island. The podcast is moderated by Professor Peter Zablotsky. Mr. Ian Wilder is the executive director of Long Island Housing Services and Mr. Patrick Fife is the associate general counsel for the Long Island Board of Realtors. Among other things, Mr. Fife and Mr. Wilder discuss the changes that were made in real estate practices and laws following the Newsday Long Island Divided investigation. Since the investigation, testing and transparency has become a main priority for fair housing and equal treatment in real estate. Additionally, the adoption of the Realtor Code of Ethics has set the industry apart by requiring that all realtors become real estate licensees and that realtors abide by a code of ethics.

Brought to you by the Touro Law Review.

Patrick Fife joined the Long Island Board of Realtors as its Associate General Counsel in 2020.  He assists with the day-to-day legal and business oversight of the approximately 30,000 member real estate trade association.  He also drafts regular updates for members on relevant legal issues related to the practice of real estate, and routinely provides educational webinars on issues related to real estate and fair housing. This past June, Patrick helped organize and was a panelist in a free public seminar called Finding a Place to Call Home: Fair Housing on a Diverse Long Island.  The joint program by LIBOR, the Nassau County Bar Association, the Nassau Academy of Law and Touro University Jacob D. Fuchsberg School of Law provided free continuing education credit to over 175 attorneys and real estate licensees on issues related to fair housing.  This year, Patrick also helped LIBOR launch its new information campaign Home for All of Us: Committed to Delivering Fair Housing Across Long Island, which seeks to educate the real estate industry and public on fair housing issues, including avoiding discrimination based on lawful source of income.

Before joining LIBOR, Patrick practiced law at two large Long Island law firms, maintaining a general practice that involved a broad range of litigation, real estate, land use and corporate matters.  In 2018, he received Long Island Business News Leadership in Law Partner Award in in recognition of the positive efforts he has made for Long Island both in the legal profession and the community. Patrick has served as a volunteer instructor and guest lecturer for Legal Interviewing, Counseling and Negotiation, Appellate Advocacy and Foundational Lawyering Skills courses at Maurice A. Deane School of Law at Hofstra University. Patrick earned his Bachelor of Arts degree from Fordham University, and he graduated summa cum laude from Hofstra University School of Law, where he was valedictorian of his graduating class.

Ian Wilder was appointed Executive Director by the Long Island Housing Services’ Board of Directors as of January 29, 2018. As Executive Director, Wilder has been listed in the City & State magazine Long Island Power 100 in 2022, 2021, and 2020. Wilder had been the Acting Executive Director from August 2017 to January 2018. He was previously the Deputy Director from May 2016 to July 2017 and the Program Manager for the Foreclosure Prevention program funded by the New York State Office of Attorney General Home Ownership Protection Program grant starting in May 2012. While a Program Manager, Wilder continued in the role of Staff Attorney for Long Island Housing Services’ Foreclosure Prevention Project, the capacity in which he worked since September 2010. Prior to those positions, his work with Long Island Housing Services began in January 2009 as a full-time Housing Counselor focusing on foreclosure prevention and landlord-tenant counseling. Prior to his association with Long Island Housing Services, Wilder worked from June 1994 to December 2008 as a New York State licensed attorney in private practice with an emphasis on real estate issues in Nassau and Suffolk counties. Wilder also brings a wealth of related experience from his personal life. He has spent his personal time over the last two decades as a social justice advocate, honing his communication and organizing skills. In addition, he has served as a board member for a number of nonprofit and community organizations including as Treasurer for his Co-op. As a writer, his work has been published in local magazines, newspapers, and poetry journals. Wilder has a J.D. from George Washington University Law School and a B.B.A. in Management from Hofstra University.

You can find Mr. Wilder’s Touro Law Review article 20 Ways to Fight Housing Discrimination, which was published in Volume 38, Issue 2, of the Touro Law Review . https://www.tourolaw.edu/academics/lawreview-vol38-no2.