The U.S. Department of Housing and Urban Development (HUD) and the U.S. Department of Justice (DOJ) today released a public service announcement (PSA) to raise awareness of housing-related sexual harassment and to reach persons who are victimized by it.  To enhance the effectiveness of the campaign, HUD enlisted the assistance of victims to share their experiences and help convey the message that sexual harassment in housing is against the law. [People who believe that they have experienced housing discrimination, including Sexual Harrassment in Housing,  who live in Nassau or Suffolk Counties, can contact Long Island Housing Services at 631-567-5111 ext 375.  You can find out more about our Fair Housing enforcement program here.]

Stephanie is one victim featured in the video, describing her experience with a landlord who threatened to evict her if she didn’t have sex with him. “It was something that I didn’t want to do but I had to do it. I didn’t know I had a choice at that time, but now that I do, I want other people to know that they do. I want other women to know that they don’t have to take this. This is just uncalled for. It’s unspeakable.”

“A person’s home is where they should feel the safest, not to live in fear of being subjected to sexual harassment,” said Anna María Farías, HUD’s Assistant Secretary for Fair Housing and Equal Opportunity. “This campaign will let the public know that they have help should they find themselves a victim of this type of behavior. The Justice Department and HUD are committed to working together to address the problem and protect their housing rights.”

“Unfortunately, there are still too many landlords and managers who attempt to prey on vulnerable individuals. The launch of the nationwide PSAs is an important step in proliferating the stories of brave women and men across the country in order to raise awareness and help other victims,” said John Gore, Acting Assistant Attorney General of the Civil Rights Division. “Our goal at the Justice Department is to make more people aware that no one should have to choose between a home and the right to be free from sexual harassment.” 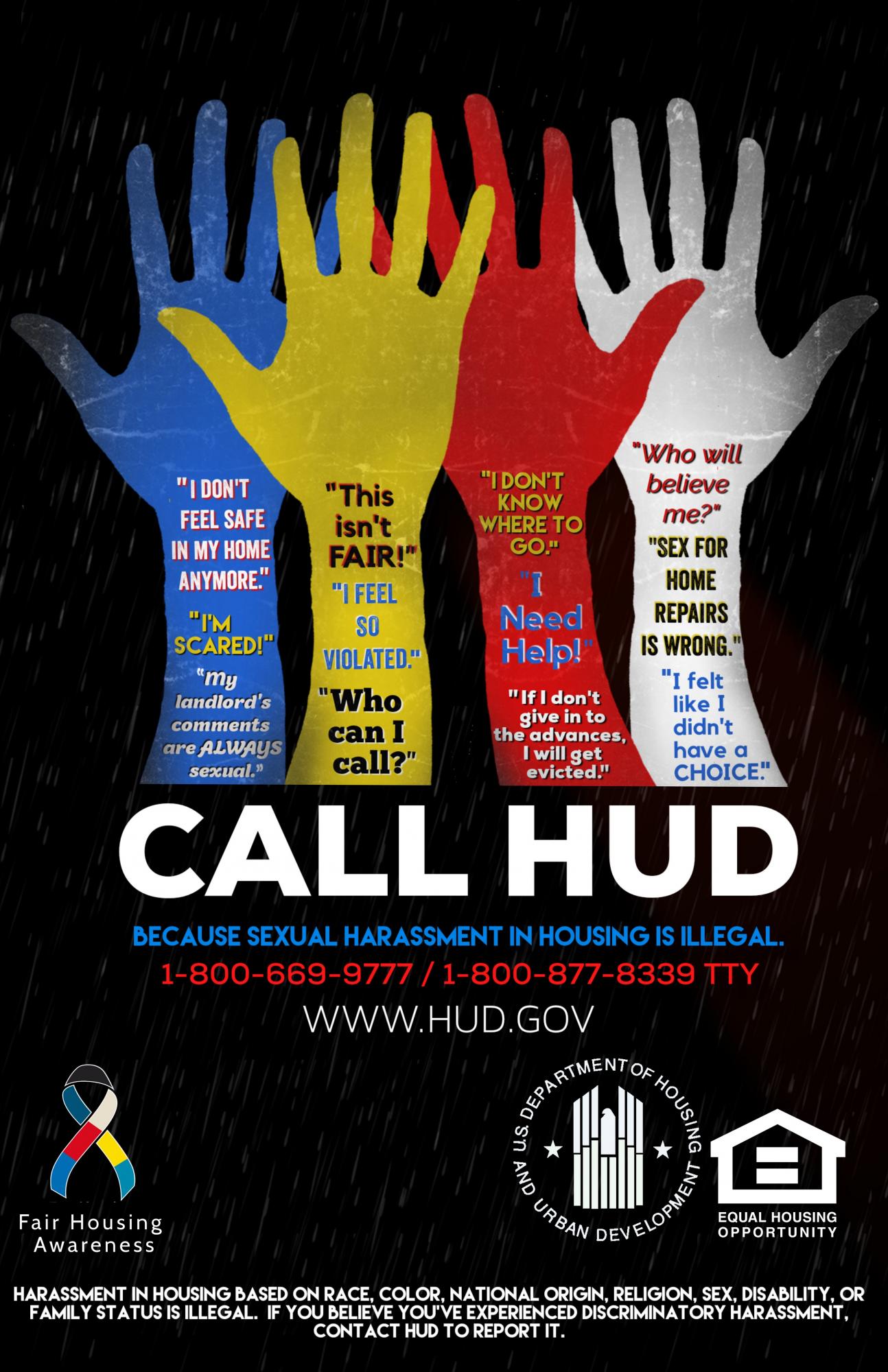 The PSA released today is a joint effort between HUD and DOJ to raise awareness and make it easier for victims all over the country to find resources and report harassment. HUD will distribute the video to all Public Housing Agencies across the United States. The video is intended to air in all national media markets and will be distributed by social media to followers of HUD and the Justice Department, and amplified by other government agencies, partners, and organizations.

Last April, HUD and DOJ launched a campaign to combat sexual harassment in housing including three major components: a new HUD-DOJ Task Force to combat sexual harassment in housing; an outreach toolkit to leverage DOJ’s nationwide network of U.S. Attorney’s Offices, and; a public awareness campaign. The Department and HUD are working together to distribute the PSA as part of the Task Force’s coordinated public outreach efforts.

Individuals who believe that they may have been victims of sexual harassment in housing should call the Department at (844) 380-6178, send an email to fairhousing@usdoj.gov, or contact HUD at (800) 669-9777. If you have information or questions about any other housing discrimination, you can contact the Department at (800) 896-7743.

What Is Sexual Harassment in Housing?

Sexual harassment in housing includes demands for sex or sexual acts in order to buy, rent, or continue renting a home. It also includes other unwelcome sexual conduct that makes it hard to keep living in or feel comfortable in your home.

The following may be examples of sexual harassment in housing: