Residential segregation is the bedrock of the inequalities we see.

Washington, D.C. —  I am the mother of a gifted, talented young Black man. I fear for his life — daily. I still have not been able to bring myself to view the full video of George Floyd’s murder by former officer Derek Chauvin. When George calls out “Mamma,” I literally weep. I cannot help but see my son. It is just simply too much to bear.

Mr. Floyd’s murder is just the latest in a heartbreakingly long list of Black people killed at the hands of police. Others over just the past few weeks include Tony McDade, Sean Reed, and Breonna Taylor. I cannot fathom the pain and anguish their families and loved ones feel over their senseless deaths.

We continue to witness time and time again the weaponization of race by White Americans against Black Americans, as was the case with Amy Cooper in Central Park, NY. In February, Ahmaud Arbery was shot and killed by two White men while jogging; it took months and a public outcry for law enforcement to act in that case.

It is clear that the protests taking place nationwide are not only about George Floyd’s murder; his killing was the straw that broke the camel’s back. The justified unrest we are now witnessing is the culmination of centuries of unjust practices, lack of enforcement of civil rights laws, and structural racism that serves as a barrier to advancement for people of color.

Residential segregation is the bedrock of the inequalities we see. The Fair Housing Act, passed in 1968 just seven days after Dr. Martin Luther King, Jr.’s assassination, sought to ban housing discrimination and dismantle segregation. Failure to enforce its provisions has allowed residential segregation to continue worsening over the years. As a result, Black Americans are more likely to live in neighborhoods in which they lack access to good schools, clean environments, living wage jobs, quality credit, transit, healthy food options, healthcare, and opportunities to build wealth. Black people disproportionately live in spaces that are under-resourced and toxic. These challenges manifest in real harm and pain for people — higher rates of infection and mortality from COVID-19, lower net worth, lower life expectancy, and an inability to give children the best education possible, feed families, and be stably housed. They are compounded by the overt and implicit bias Black Americans often experience at the hands of real estate agents, lenders, law enforcement, health professionals, and others.

It’s time to dismantle the system of inequality that plagues our country and replace it with structures that provide fairness and equity for every person. This requires more than passing laws or creating programs. It requires sustained, effective enforcement of those laws and ensuring that programs and efforts designed to eliminate racism and increase equity have the resources and support needed to achieve their goals. NFHA’s work is centered around dismantling racism and segregation, ending housing discrimination and promoting true equality. We stand in solidarity with every person and organization working to create a nation in which everyone has the ability to live in a safe, healthy, well-resourced, resilient neighborhood free from discrimination.

About The National Fair Housing Alliance 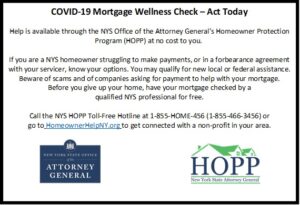